Transcript of the video lesson:

Hey, this is Joel from worldspanishteacher.com. Today I want to talk about something that I think is pretty cool.

First, I’ll explain it in English. So, you know how in English, instead of just saying “very” for everything, we can say “pretty” – not meaning pretty as in good looking or beautiful, but pretty as in “very” or “a lot.”

In Spanish we can do the same thing but we use the word “bien.” So of course you know the word “bien” from “¿Cómo estás? Bien y ¿tú?”

So we all know the word “bien.” So you’re not learning a new word, you’re just learning a new use for the word. So, if you want to say that something is very expensive in Spanish, you can say, “Es bien caro” instead of saying “Es muy caro”. Now, they’re both correct, but this way you have a little more diversity in your Spanish speaking and it’ll make you sound a little bit more natural, a little more like a native speaker.

Ok, so I hope that this was interesting and useful and that you can start using this while you’re practicing your Spanish. Alright, don’t forget to check out my website worldspanishteacher.com for more video lessons, an mp3 conversational course that will really help your listening, and also native Spanish speakers who you can practice your Spanish with online and get the practice and corrections you need to improve quickly. Alright, thanks for watching.

Want to learn over 300 Spanish expressions and 500 common vocabulary words? You can! Listen to our mp3 conversational course and watch your confidence soar! Money-back guarantee.
Get Started 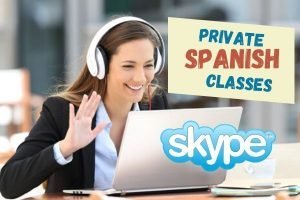